The fireplace crackled to life, glowing a fiery orange and spreading much needed warmth in the living room. The chimney of her little cottage puffed out smoke that soon blended with the dark stillness outside. Esther donned her apron and got busy in the kitchen. She had done up the house with holly wreaths, bells and fairy lights; in a corner stood a beautifully decked Christmas tree.

Occasionally, she stole glances at the window. It was snowing heavily outside and the streets were empty. Had she just seen some one at the gate? She wasn't expecting any one but she couldn't stop herself from hoping. Her husband was long gone, leaving her to raise their only son who ended up featuring in the “Wanted” list of the state police. He spent his life moving in and out of their village, dodging the cops playing a never ending game of hide and seek.

Her thoughts lingered around her child, refusing to dissolve. Darling Danny. The one with blue eyes that easily melted mama’s heart. She felt a sudden yearning for him on that Christmas Day. There was no way she could reach him. “That could prove dangerous for both of us” he had said when they met a few months ago. Nevertheless she laid the table for two and made his favourite dessert.

The wind chimes sang into the night as she sat down to have dinner all by herself. She had been staring at the empty chair in despair when she heard a soft knock at the back door. “Merry Christmas mama!” he whispered and hugged her tight much to her joy. “You’re home at last, Danny!” She couldn't stop the tears as her fingers felt the warm wetness of a fresh bullet wound. 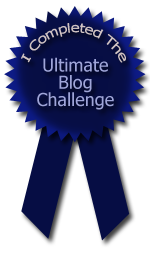